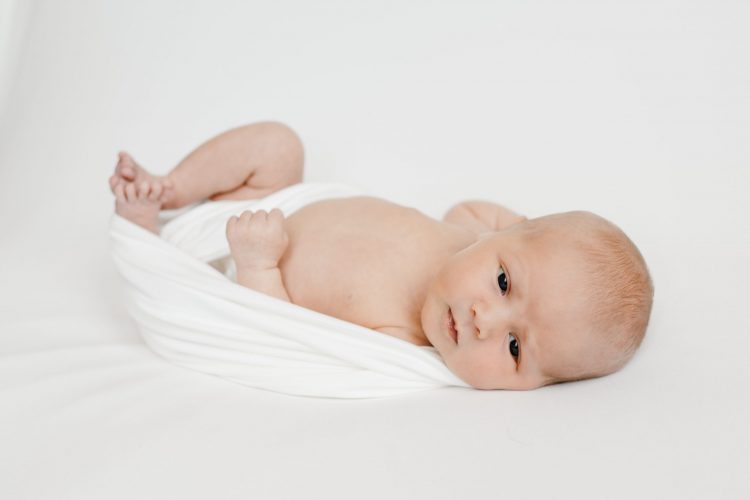 Before diving into her birth story, it’s worth noting some of the differences of Elize’s pregnancy from Eastyn’s. I tried my best not to compare along the way, but it is hard not to. Whether it is comparing to one of your previous pregnancies or someone else’s.  I was always grateful carrying our rainbow baby, but, could not deny the surprises I was welcomed with over the weeks. From about 0-30 weeks things were definitely easy, however I felt everything so so much sooner! It’s one of those things that 2nd time mothers “warn” you of (for better or worse), but I was confident that I knew what to expect and that this pregnancy would be even easier than Eastyn’s. I think, combined with chasing a toddler around and doing a lot of single parenting due to Greg traveling for work, plus overall getting bigger sooner, things were felt more. However, a positive change this time around was that I was progressing! At my 38 week appointment,  I was 2-3 cm dilated. Within week 38, I lost my mucus plug. I was carrying so low and was confident that she was coming soon. Despite me feeling some type of way, we made it to 39 weeks, and at that appointment I was closer to a 3-4.

Initially, I really wanted to go into labor spontaneously. I told Greg a few times I was not going to entertain induction. But it started to contribute to a lot of stress and anxiety about how and when and who would cover for Eastyn, and wrapping things up at work, etc.  After having an incredibly successful and relaxing induction with Eastyn, it was hard to deny that offer. I also was growingly uncomfortable and trusted my OB’s recommendation that there is a lot of benefits to inducing in the 39th week of pregnancy. So, we scheduled one for Thursday May 20th.

Here is a final bump date picture a few days before we decided to move forward with an elective indication at 39 weeks and 4 days: We’ve done this exact same thing before. Same drive, same entrance, but not as many unknowns! We had a very relaxing evening and morning, our bags were packed well in advance and with Eastyn in Nana’s arms as we walked out the door Thursday AM at 7AM. We even got Starbucks on the way. We were so excited that upon our return, we’d have a plus one! Eastyn, for whatever reason has a very positive outlook on the “doctor”. She loves going so it was easy for us to say we were going to the doctor to have a baby, and when we were home in a few days she would finally get to meet her.

Once settled in with some monitors on at the hospital, the nurse mentioned that I was Strep B positive. I didn’t know what that meant, but essentially it can be harmful to baby so before starting the induction process I needed to be on an antibiotic drip for 2 hours. It was a test I had earlier in pregnancy.

After those 2-3 hours, my Ob came in to break my water. It was around 11:30. And let me tell you – no one could believe how much fluid this was going to be! Literally an insane amount. We all laughed and said that if my water would have broken in public it would have been movie worthy! Clean up on aisle 5 would have required a whole janitorial staff. Once the water was broken they started an IV drip with fluids and a very low dosage of pitocin. Before starting this, I was around a 4.

Within a few hours (around 1:30),  contractions were picking up. I was checked and had progressed to around 6cm. I laid on my side and we used a peanut ball to try to open things up. Some time between 1:30-3 things got very painful. I ordered the epidural and was in tears when it finally arrived! I could not believe the intensity of the contractions. I verbalized to Greg many times that I was scared I wasn’t going to get it in time. But, the anesthesiologist showed up and we got a very successful epidural in place.

By 3PM I was a 9-10, but my cervix was still high. By 3:30 PM I had no feeling waste down, my legs were super floppy, and I was a 10. The nurse kept asking for the “feeling of intense rectal pressure” aka a sign that you are ready to push. I told her that I could not really feel anything but that I felt ready to push! I knew Elize was ready!

My OB, Dr. Stevens came in at 4PM to “Have a birthday party!” I knew were were minutes away from baby in my arms.

I had to laugh though, we got the stirrups in place, Greg was on one side.  Nurse on the other, and Nurse for baby on the opposite. My Ob at the base of the table. We had a bright light and mirror on the action… and we all stared and waited for a contraction (which was probably only a minute but felt like an eternity for one to come). There aren’t many situations in life where you have 4 sets of eyes staring right at your vagina waiting for something to happen.

With each contraction, we went for 3 strong pushes. After 2 contraction and 6 pushes, she was crowning! Before even waiting for that 3rd contraction, I gave one good push and out she came.

4:22 PM, Elize was born. Dad cut the umbilical cord and she remained on my chest for the next few hours. Her birth was better than I could have imagined and I found every step of the journey that came after much easier the second time around. I was lucky enough not to have torn at all during labor! At 2.5 weeks postpartum I am in shock at how great I feel. The only downside with a fast labor, and massive amounts of amniotic fluid with the water breaking and in labor was that Elize took in a lot of fluid, which made her spit up and even throw up quite a bit the next 48 hours. It was scary, and even frustrating to have her spit up most of the collustrum she was taking it. I was worried about her weight gain and her safety but I was continually reassured that it was normal.

The nurses at the hospital were all wonderful though. She went to the nursery both nights to be monitored for her spitting up. Greg went home both nights to see Eastyn and get a good night sleep. His support as a father and husband is truly baffling to me, I don’t know what made his girls so lucky to have his loving care and grace but I continue to love him more and more, if that’s even possible!

We are still dealing with her spitting up, but it is much more manageable. We have also introduced a probiotic to help with what seems to be reflux.

I said it with Eastyn’s birth and I’ll say it again… Was it everything we thought it would be? Becoming a family of 4?

No, much much more. So many have asked about Eastyn and how she’s done. I’m so very proud of her. She was the sweetest little thing upon Elize coming home. She has been very gentle and not “too obsessed” with her… giving me and Elize the space we need when feeding. I think all of the credit is owed to Greg and other support people giving her lots of attention. Keeping Eastyn surrounded with lots of hands on, 1 on 1 attention has made her not feel even slightly neglected or envious. When Elize cries she says, Mom baby sister needs you! It just shows the smart compassionate little girl she is.

I am also so glad that we enrolled her in school part-time (MWF) a few months back. It has been a constant that she loves and it also gives us a break from both kiddos.

She has fought us a little bit more at bedtime, so we’ve had some follow up calls with her sleep trainer (Pam Nease Sleep) to help address. Even if she’s been doing great, it’s still a lot for a toddler to go through. Her pediatrician said it’s like if your husband came home and said, I love you but I’m bringing home another woman! I have to laugh, but it does mirror how the first child might be feeling. We had Elize give her a gift upon coming home, it was a silly blue helicopter and coloring book but she was very excited and loved that it came from her “baby sister”! I’m so relieved to say that I have yet to experience any baby blues or PPD signs. I was most scared of this. I had a few cries in the first few days but it was very manageable and haven’t shed any tears for a week or so! I am taking postpartum support supplements (shared in this post), which could be helping but it’s hard to say.

Elize is sleeping GREAT – almost too much?! I told Greg a few times, um is she sleeping too much? But we are waking minimally every 3 hours during the day to nurse, sometimes it is every 2 hours depending on how good the previous feeding was. At night, now that she is 2+ weeks and gaining weight, I was hoping she would stretch her feedings beyond 3 hours… it’s only happened a few times but I am giving her lots of grace. I think she might just be a hungry girl :)

We have gotten out of the house a handful or times, on the boat or just to the park or out for a long. I’m so grateful the weather has been such. It’s been really great for everyone’s mood to be outside. I can already feel how unfortunately quick this summer is going to go, so I’m doing my best to soak it all in and be as present as possible. I had so much anxiety about welcoming a second babe into our lives, but I…

Toddler Playroom I Before and After

Slowly but surely, we are tackling each room in this house. From the day we…

First Trimester: A Little Different This Time Around

I know those who have been pregnant more than once will agree, but goodness is…